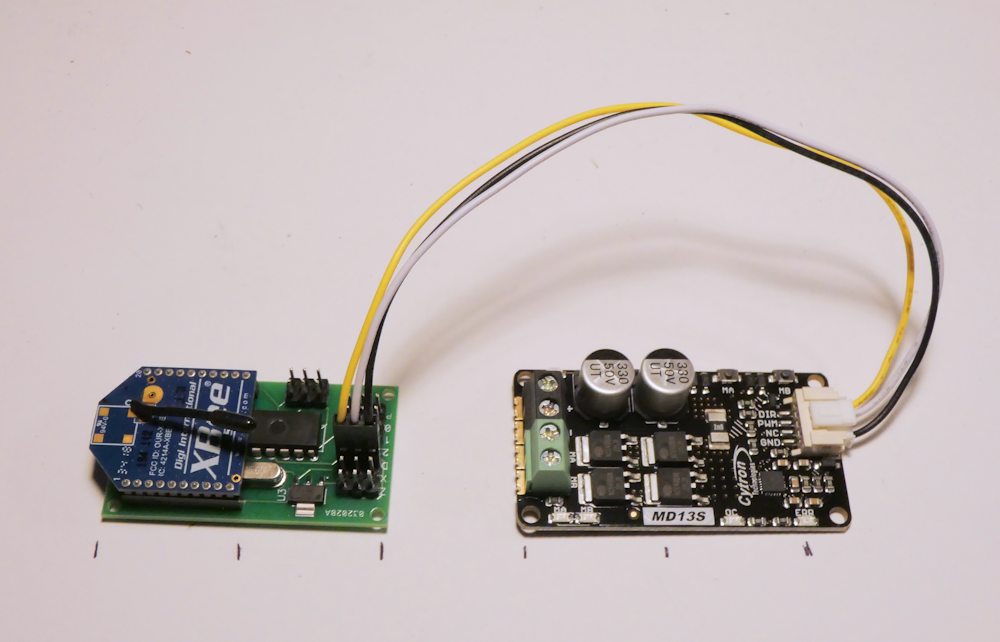 In DCC mode, the Receiver outputs a logic level DCC signal that controls a Cytron 10A amplifier. This will drive any of the large scale decoders such as the Soundtraxx TSU-4400 or the TCS Wow 501 with power to spare.

In ESC mode, the Receiver outputs a ‘center off’ R/C servo pulse stream that can be used to drive Electronic Speed Controls like the Pololu 18v7.

In Live Steam mode, the two servo outputs can be used to drive the throttle and direction controls using servos.

All of the modes can be combined as well. For example, you could put a decoder in a live steam locomotive and just use the sound output of the decoder for whistles and bells, while the throttle and direction control the servos.

The receiver uses standard R/C connectors to keep the small form factor. The image above gives the relative size of the receiver. For more custom installations, the Xbee Chip can be changed out with a Antenna connector to route an external antenna for improved reception in metal locomotives.

Above are the connections on the Receiver board. Note that like standard R/C receivers, the bottom row of pins is ground, the middle pins are plus 5v and the pins closest to the Xbee are the logic signal pins.